Contact US
Project #1:
Web Refresh for Obstitunity
DESCRIPTION
Learn more about why I rebuilt my WordPress website using Webflow and how this new technology will change web design for ever.
When
September 2019
Who
Tania Cox
This project chronicles a journey of research, development, and self discovery. In building solutions for customers, I had to first build them for myself. I started with WordPress and I used to swear by it but I have since replaced it with Webflow as my go to site builder.
‍
First, a little about WordPress: it is the largest and most widely used open source website builder. Approximately 75 million of today's websites have been built using its technology.
‍This open source and "secure" playground allowed me the creativity and freedom to research and develop various web pages.

This allowed me to test, build, break, and integrate various software suites and evaluate them for usability, functionality, and over all efficiency for my clients.
‍
Through a lot of trial and error, I was able to become an expert at knowing which tools to use when baking a cake (creating a client website).

Aside from comparing web design to the delicate art of baking, I could also compare it to magic or illusions. It was a lot like a magic trick because all of the slight of hand happened behind the scenes and left the crowd none the wiser.

For the magician this was no problem but as a web designer, this disconnect really bummed me out.

On the one hand, I understood why clients didn't care about my gripes as a web designer. After all, they were coming to me to relieve a specific pain point -- not care about mine!

I couldn't get around how time consuming certain projects had become. The CSS coding had gotten past the point of enjoyment.

Well, let me tell you a bit about CSS. CSS stands for Cascading Style Sheets. It is what allows things to actually look nice on a web page. Every single layout component has to be accounted for with CSS code.

Without it, web pages would look like a  Craigslist forum - no styling, just text.

Styling on a web page accounts for many things, not just pictures and backgrounds, and font styles.

CSS coding accounts for the spacing inside an element, outside an element (everything you see on the page is an element), font size, button color, URL link, every single thing that you experience on that web page has to be itemized and accounted for.

It must also be done in the proper coded syntax and structure, other wise the code or the entire website will break.

I love web design but CSS is truly a nightmare.

It could take a really long time to code something that looked very primitive or old fashioned because of how this language works.

This is the reason why a lot of government agency websites look so outdated and have taken a long time to build. It is because someone had to build every single element by hand.

Here is where WordPress steps in.

To make web design faster, and more accessible (affordable), we use templates to save hours of development time coding. Designers also use templates to ensure that complex visual formatting stays consistent (yet another thing that must be coded for).
‍
WordPress allowed for a lot of freedom in terms of widgets, but I found the market had become over saturated with dated themes. For some clients, this was not an issue but for more modern, contemporary enterprises, WordPress was just kind of bleh.

Matthew MacDonald wrote about The Pain Points of Web Development with WordPress in an article for Medium that really outlines the struggles of developing on that platform.
‍
After studying the market for myself, I was also able to come to some other conclusions as to why WordPress was losing it's steam..

From a purely business standpoint, template designers make money by creating said templates or themes. WordPress became overly saturated and designers started partnering with newer platforms like SquareSpaceWixto present a contemporary market edge and be able to compete with giants like WordPress.

This competitive edge makes all the difference for the type of web design that I do.

I cannot afford to use outdated themes because my clients have certain expectations for aesthetics and functionality that wouldn't allow me to use only use WordPress as a web designer.

In addition, the support for WordPress themes that were made overseas was not always timely not sufficient. This is not helpful when encountering a #WSOD (White Screen Of Death) and it can waste a lot of valuable trouble shooting time.

Ever since I learned how to code in CSS, I swore to myself I would only use it if need be. I would pretend I couldn't do it if I could get away with it on certain projects. It was my little secret that I kept because it was that tedious.

I took this stance because as I was learning CSS, I was also learning about a new technology called:CSS gridsCSS grids sounded like it took all the pain points out of CSS coding, and gave use designers a magic wand (finally).

That's because CSS is an illusion of freedom of design. We have to stick to really narrow set of rules to arrive at a predetermined visual outcome.

With CSS , web design is like patching a sink with ramen noodles, sanding it down, and applying a fresh coat of paint (yes it's on Youtube).
There is no telling if that sink will hold up to stress, but as long as it passes the eyeball test, it is good to go🤞! I had been patiently waiting for us all to just peacefully migrate to CSS grids.

That was very naive of me lol. With every new software, there is a time period where users have to get acclimated and learn how to use the new tool. Engineers and developers included.

Well it's been about 3 years and I am happy to announce that we in the web development community have reached a tipping point and built a bridge. There is finally a large scale web designing platform using CSS grids called Webflow.
Webflow utilizes CSS grids which is a developers dream. It takes all of the things we are painfully mindful of as web designers, and allows us to access and edit them in ways that are user friendly.

It is quite a remarkable feat and I feel so honored and privileged to exist in a day and age where this is possible. It is nothing short of amazing and a testament to how much web designers work together and collaborate to create things for the greater good.

The Unite Nations said in 2016 that access to the Internet is considered a human right.
‍This is because of how integrated the internet is into daily life. The reality is, It is almost impossible to live without the internet because the of the IoT (internet of things).

IoT means we have billions of devices with computers talking to other devices, with out our knowing it. It means the internet is ubiquitous.

This presents fundamental ethical questions regarding access to this resource that is the internet.

Ask yourself:
‍
What good is the internet if people cannot create responsive web pages on them?

What good is the internet if the average person cannot carve out their own space in the frontier?
‍
Many articles will be written about CSS grids and Webflow, in the coming years. This is the start of something new in web design and I want to bring that power and impact to small business owners like you.

I rebuilt my website using Webflow and I love it.

Do you need a new website or online presence? Get in touch today and let's see what we can do for you and your organization. 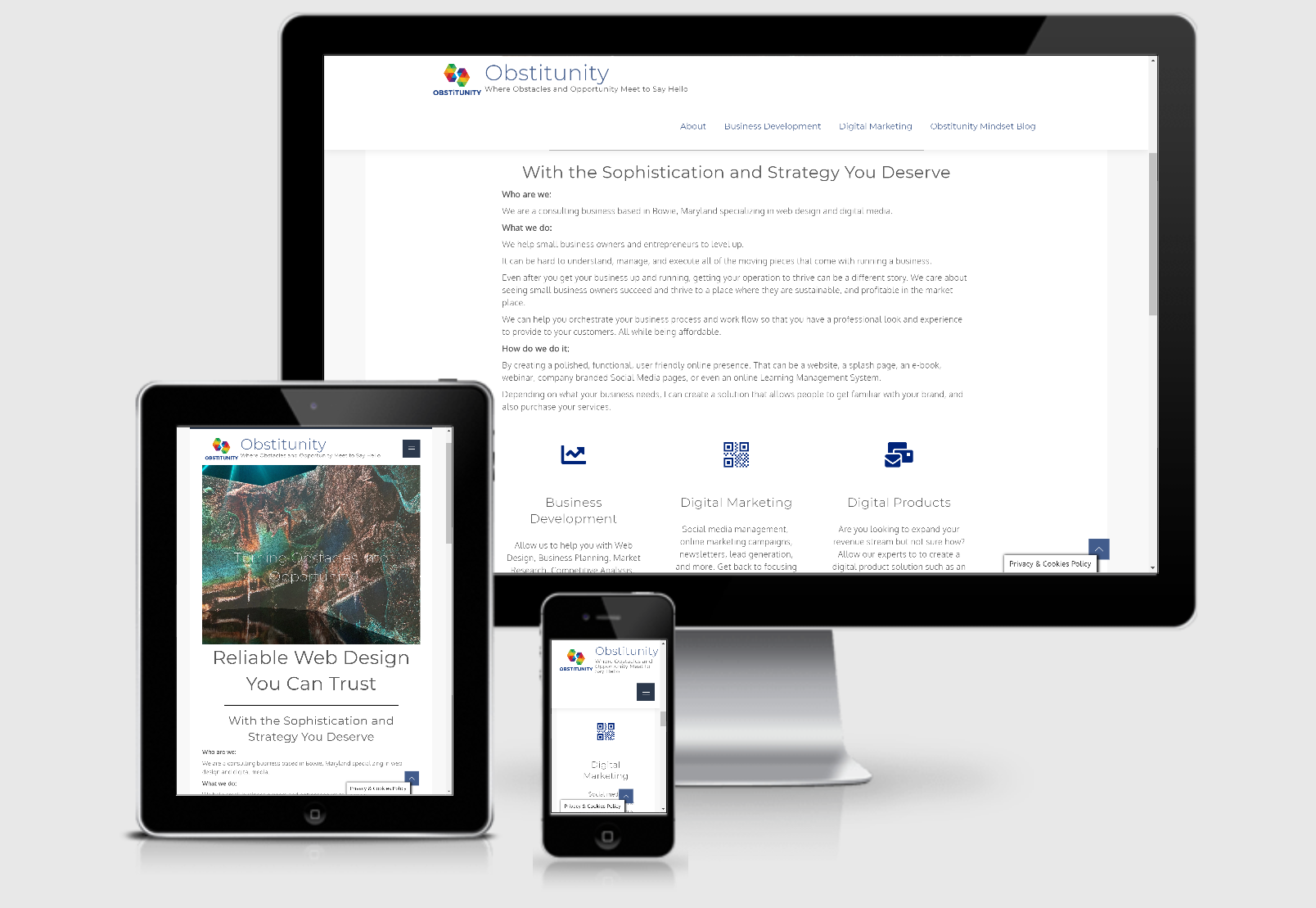 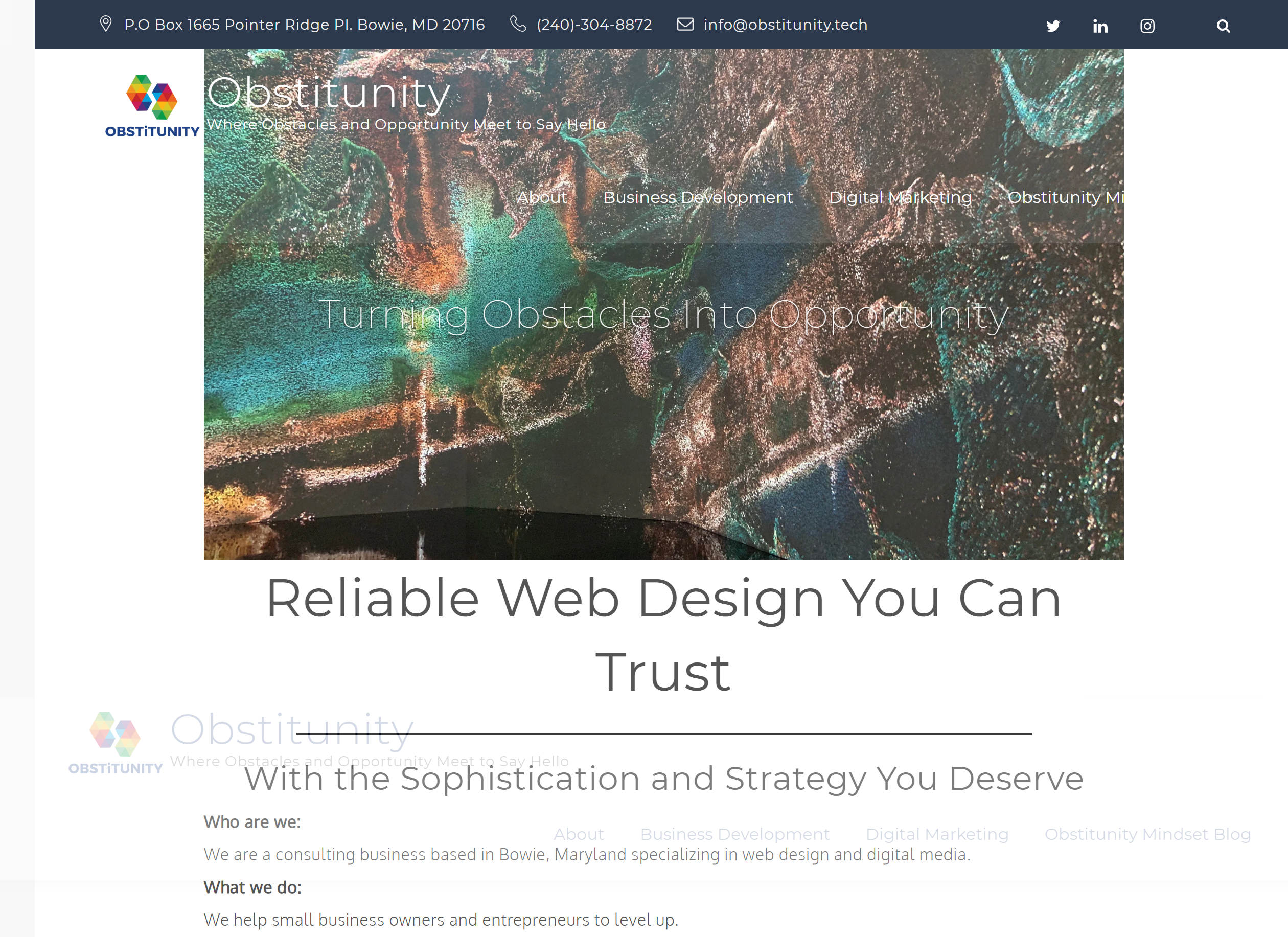 These screenshots above are from my old website. It had a fresh clean look but the features and functionality were more segmented. It also took a lot more design time to do it in WordPress.
‍
I was able to put together a more straight forward, user friendly site with Webflow. 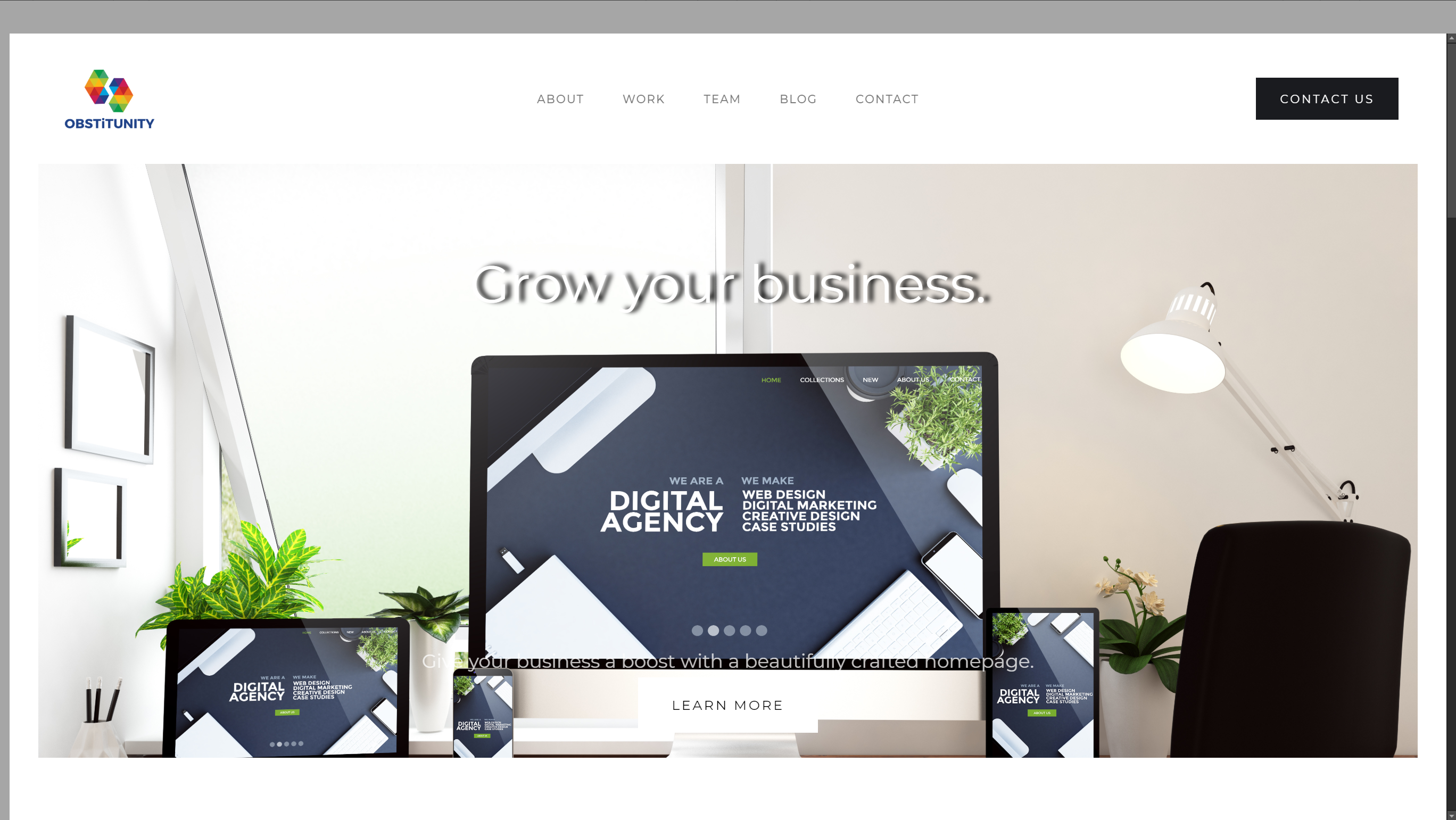 Grow your business.
Today is the day to build the business of your dreams. Share your mission with the world — and blow your customers away.
Start Now